SMARTMATIC AND DOMINION VOTING SYSTEMS ARE TWO DIFFERENT ENTITIES. A COMPANY CAN'T SUE ITSELF SO RUDY IS LYING WHEN HE STATES THEY ARE IDENTICAL HOWEVER SMARTMATIC IS DIRTY SO THE POSSIBILITY OF AN ELECTION BEING FIXED VIA SOFTWARE CANNOT BE ENTIRELY RULED OUT. BUT IT REQUIRES EVIDENCE NOT ALLEGATIONS. 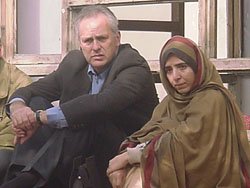 "It is no secret that our Chairman Lord Mark Malloch-Brown is a member of a number of non-profit boards addressing global issues from poverty reduction to conflict resolution, including the Global Board of [George Soros'] Open Society Foundation. This is stated clearly in his official biography." SMARTMATIC WEBSITE

Dominion Complaint Big Lie Technique links Smartmatic and Dominion: "If you tell a lie big enough and keep repeating it, people will eventually come to believe it." Extracts from complaint:

Rudy and his allies "manufactured and disseminated the Big Lie, which foreseeably went viral and deceived millions of people into believing that Dominion had stolen their votes and fixed the election. Giuliani reportedly demanded $20,000 per day for that Big Lie. Even after the United States Capitol had been stormed by rioters who had been deceived by Giuliani and his allies, Giuliani shirked responsibility for the consequences of his words and repeated the Big Lie again. He also claimed that Smartmatic, the company that owns Dominion was being run by one of the people who was number two or three in George Soross organization. Giuliani peddled the falsehoods that he was apparently unwilling to make in his own court filings, namely, that Dominion provided a Venezuelan voting machine and is owned by two Venezuelans who were allies of Chávez, are present allies of Maduro, and whose Chairman is a close associate and business partner of George Soros. Little more than half an hour later, at 4:09 p.m., while congressional leaders were being evacuated from the Capitol, Giuliani retweeted a tweet linking to a Breitbart article about his speech earlier that dayduring which he had repeated the Big Lie about Dominion that he had been peddling for months. 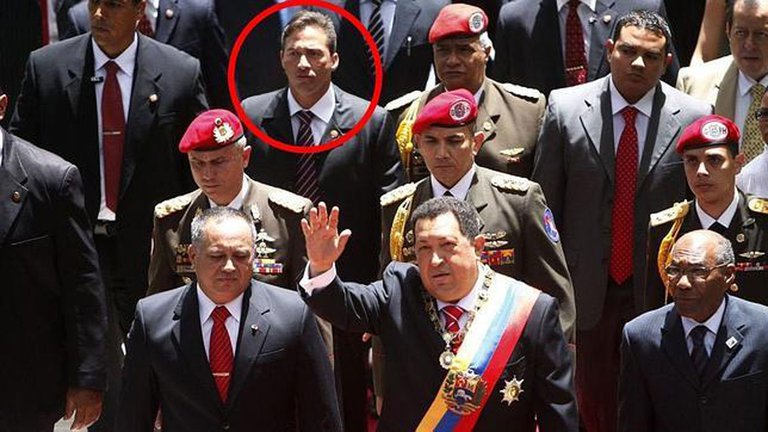 CREDIBLE SOURCE REPORTS THAT SMARTMATIC HAS FIXED ELECTIONS IN VENEZUELA

In addition, if the anonymous purported Venezuelan military officer were in fact Leamsy Villafaña José Salazaras has been reported by the Associated Press and the Caracas Chroniclesthat would raise other serious doubts about the veracity of his declaration. After serving Hugo Chávez, Salazar worked for Diosdado Cabello, the alleged head of a Venezuelan drug cartel, before cooperating with the United States Drug Enforcement Agency. He is quoted in a 2016 book titled Boomerang Chávez: The Fraud that Led to Venezuelas Collapse, which alleges that Smartmatic (not Dominion) was involved in rigging elections for Hugo Chávez in Venezuela. That book makes no mention of Dominion. If Salazar actually believed the Smartmatic software were in the DNA of Dominion and every other American voting machine company, surely that explosive accusation would have been mentioned in the book for which he was a source, and surely he would have come forward when he arrived in the United States approximately five years ago, instead of waiting until after Trump had lost the presidential election.

53. In any event By the night of the election, Giuliani had devised a plan to simply assert, without evidence, the Big Lie that the election had been stolen. Then, in a flurry of media appearances and on Twitter, Giuliani and his allies repeatedly told hundreds of millions of people that Dominion was the thief. Just as Giuliani and his allies intended, the Big Lie went viral on social media as people tweeted, retweeted, and raged that Dominion had stolen their votes. While some lieslittle liesflare up on social media and die with the next news cycle, the Big Lie was different. The harm to Dominions business and reputation is unprecedented and irreparable because of how fervently millions of people believe it. Indeed, hundreds of people believed the Big Lie about Dominion with such devotion that they took the fight from social media to the United States Capitol to #StopTheSteal. Americans with no prior criminal records booked hotel rooms, bought flights, and boarded planes to Washington, D.C., to attend the so-called Save America rally and to storm the Capitol to stop Congress from certifying the results of the stolen election. Having been deceived by Giuliani and his allies into thinking that they were not criminalsbut patriots Defend[ing] the Republic from Dominion and its co-conspiratorsthey then bragged about their involvement in the crime on social media.

[W]e get to see the machines that are crooked, the ballots that are fraudulent.  So, lets have trial by combat.  [O]ne of the experts whos examined these crooked Dominion machines, has absolutely found what he believes is conclusive proof that in the last 10%, 15% of the vote counted, the votes were deliberately changed by the same algorithm that was used in cheating President Trump and Vice President Pence, same algorithm, same system, same thing was done with the same machines.  This election was stolen.152 A week before the January 6, 2021 certification, Giulianis client Donald Trump tweeted to his more than 88 million Twitter followers, Big protest in D.C. on January 6th. Be there, will be wild!143 Chairman of the Board of Directors of SmartMatic is one Peter Neffenger, a retired vice admiral of the U.S. Coast Guard and experienced national security official, was recently added to the roster of individuals tasked with supporting President-elect Joe Biden and Vice President-elect Kamala Harris as they transition into office. He served as the Transportation Security Administration (TSA) chief from 2015 until 2017 under former president Barack Obama. Neffenger received the Department of Homeland Security's Distinguished Service Medal twice during his time with the Coast Guard.

Our election was hijacked. There is no question. Congress has a duty to #ProtectOurDemocracy & #FollowTheFacts.

As far as Nancy's counterpart, Sidney Powell allegations The NYT reported that "In a cease-and-desist letter Dominion put Ms. Powell on notice that a lawsuit might be coming and demanded that she publicly disavow her false claims that the companys voting machines were created in Venezuela to help the countrys now-deceased former president, Hugo Chavez, win elections. Dominion also demanded she retract her baseless statements that Dominion paid kickbacks to officials in Georgia for no-bid contracts and then manipulated votes in an effort to rig the 2020 election. Powell is now being sued for a billion dollars and can subpeona Dominions alogorithims. It was their competitor, Smartmatic, that was disqualified from participating in most American elections due to its connection with Venezuela. Smartmatics founders are Venezuelan, and the companys first election contract was in Venezuela, which was rife with totalitarianism under Hugo Chavez. In 2001 neo-Confederate USAG John Ashcroft announced a crackdown on voter fraud. America has failed too often to uphold the right of every citizens vote, once cast, to be counted fairly and equally. Votes have been bought, voters intimidated and ballot boxes stuffed. The polling process has been disrupted or not completed. Voters have been duped into signing absentee ballots believing they were applications for public relief. And the residents of cemeteries have infamously shown up at the polls on Election Day. New York Times

SIDNEY IS A BIG FAT LIAR

Trump discussed with aides in the Oval Office about naming Sidney Powell to be a special counsel overseeing a voter fraud inquiry. Ms. Powell, who worked as a lawyer for his campaign, has promoted unfounded conspiracy theories that Venezuela rigged the presidential election using doctored voting machines.

Ms. Powell met briefly with Mr. Trump on Monday, a person briefed on their discussion said.