Roose wrote The Unlikely Disciple while undercover at Liberty University, aiming to explore the culture of life at a fundamental Evangelical university.[8] Roose, raised in a secular and liberal environment, wanted to better understand conservative Christian culture.[9] 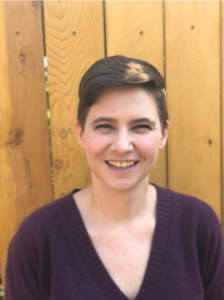 Tovah joined the Prison Law Office in August 2020, and she works mainly on Armstrong v. Newsom, a statewide class action brought under the Americans with Disabilities Act on behalf of people with disabilities in California prisons. Tovah received her B.A. from Amherst College, an M.Phil. in Criminology from the University of Cambridge, where she was a Gates Cambridge Fellow, an M.A. in Rhetoric from U.C. Berkeley, and a J.D. from New York University in 2019, where she was a Root-Tilden-Kern Fellow. During law school, she interned at the Innocence Project, Neighborhood Defender Services of Harlem, and Bronx Legal Aid, providing criminal legal representation to clients who maintained their innocence post-conviction and to indigent clients pre-trial. Previously, she worked as a paralegal at the Federal Defenders of New York, Southern District, and an investigator at Habeas Corpus Resource Center in San Francisco, helping develop habeas appeals for those on California’s death row. Most recently, Tovah worked as a post-bar fellow at the San Francisco Public Defender’s office.